Browser Cookies
This site uses cookies necessary to properly function. By closing this popup, clicking a link or continuing to browse otherwise, you agree to the use of cookies. View our policies.
Please note that if our system detects more than 30 minutes of inactivity in your browser, your registration spots will no longer be reserved and you will need to begin again.

Yi-Wen Hsu stumbled into the skating world in 2015, when her daughter (then nine) started to skate at WTSC. Recruited to join the WTSC Board, Yi-Wen served for three years in the role of Treasurer, and is now in her second year of serving as President.

Since joining the the Board, Yi-Wen has actively learned about the sport of skating and skating clubs through continuous engagement with coaches, skaters, skating programs (both at WTSC and other clubs), and Skate Ontario/Skate Canada initiatives. Having seen first-hand the immense benefits the sport can bring to young skaters, Yi-Wen is passionate about making skating accessible and building robust programming. She seeks to achieve this through her commitment to community building, public service/volunteering, and collaborative leadership.

Professionally, Yi-Wen brings extensive business and legal experience to the WTSC Board. A tax lawyer who has advised a diverse range of clients for nearly 20 years on complex domestic and international transactions, Yi-Wen is now VP Taxation at AccorHotels, where she leads a team of professionals responsible for all tax matters in North and Central America. Yi-Wen is also an Adjunct Professor at Osgoode Hall Law School, and holds a BBA (UNB), a JD/LLB (Osgoode Hall) and an LLM (Ludwig-Maximilians-Universität in Munich, Germany). 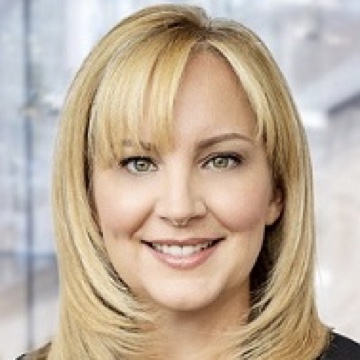 Carol Wilson started bringing her two children to WTSC to CanSkate roughly seven years ago. While her son joined a local hockey team once he became a proficient skater, her daughter continued at WTSC and is currently in Senior STARSkate and enjoys volunteering as a Program Assistant for CanSkate. As WTSC is a bit of a drive from their home in Bloor West Village, you will often find her staying warm in the Nixon room, working or reading while her daughter is in her lesson or assisting. Carol was elected to the Board at the end of 2019 and took on the role of Vice President.

By way of background, Carol is a graduate of the University of Toronto with a Master’s in Mathematical Finance and an Honours Bachelor of Science. She joined TD Bank in 1999 and has been with the company for the past 20 years holding a variety of increasingly senior roles across Risk Management, Capital Markets, and Project Delivery. She comes from a family of musicians and artists and throughout her life she has been involved with the arts through painting, pottery and music.

Carol is excited to be joining the WTSC Board this year and looks forward to leveraging her professional experience to give back to the organization that has supported her daughter's interest in figure skating. 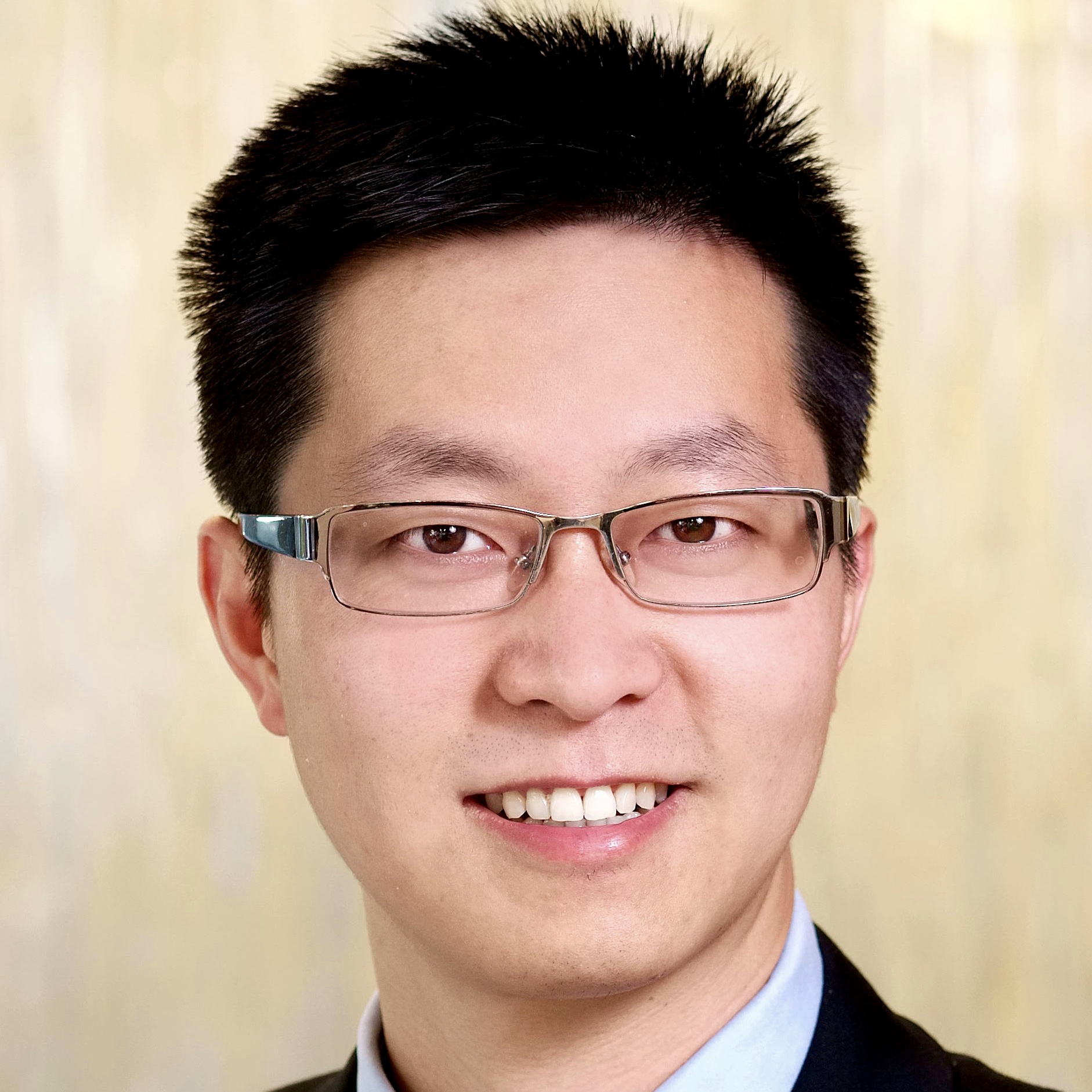 James Xu is the father of Haifei, who is enthusiastic about figure skating, inspired by the movie Frozen. A skater since 2017, she is now six and is enjoying the Rising Star program. James joined the WTSC Board in 2018 and volunteered to take on the role of Treasurer.

Before immigrating to Canada in 2015, James spent more than 8 years with PwC China’s Shanghai Office on Finance Management Consulting initiatives serving clients in a variety of industries, including Consumer Products and Services, FMCG, Automobiles, and Real Estate. His key foci are M&A and post deal integration, strategic planning and business modelling, and financial analysis. He has broad experience in project management with teams of 2 to 10 and is the key member of the “Delivering Due Value (DDV)” team in PwC China focusing on post-deal integration.

James obtained his Master’s degree in Finance from Shanghai University of Finance and Economics in 2006. 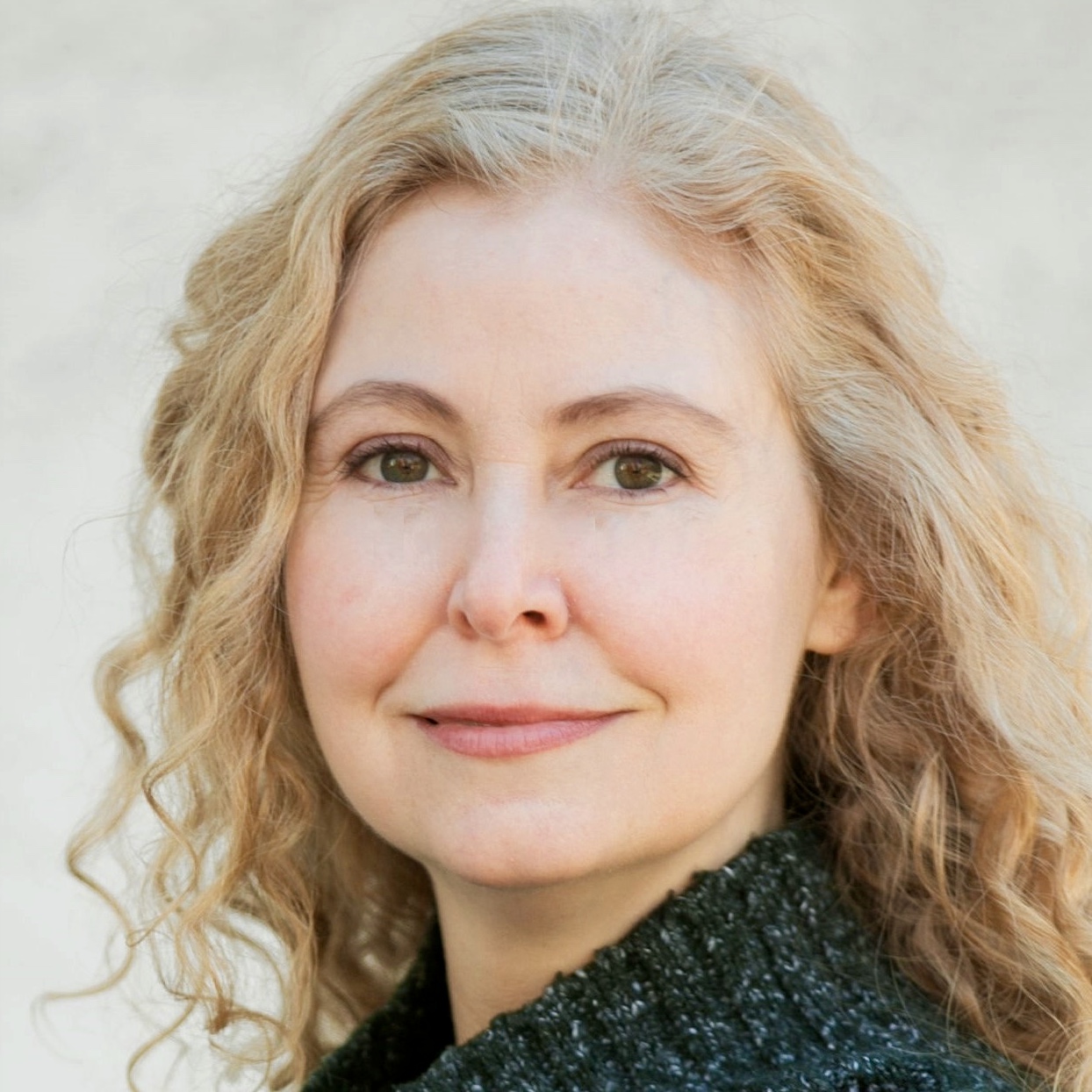 Jennifer Nelson and her family have been members of West Toronto Skating Club for 6 years. Her two children participate in Rising Stars and STARSkate, and her son is a Program Assistant. Jennifer joined the WTSC Board in 2018 to support the remarkable volunteer efforts of fellow parents and contribute to the considerable work of delivering quality programming. Over the last year, she has been pleased to participate in strategic planning, helping to recruit a program director, and organizing club events. She has taken on the role of Club Secretary for the 2019-2020 season.

Jennifer was formerly a Research Scientist with Sunnybrook and Women’s College hospitals. She also worked as an independent research consultant to government and community organizations for many years in the areas of social determinants of health and cancer services. She brings experience in community-based research, program implementation, and evaluation. She holds a Ph.D. in Sociology and Equity Studies from the Ontario Institute for Studies in Education, University of Toronto, and is the author of two books on equity and health issues.

Jennifer’s early university training was in piano performance and she currently teaches piano. She has recently returned to school to obtain a Master’s in Counselling Psychology.

Kathrin Bussmann has been a WTSC parent since 2017. She has one daughter, who is very active in the Senior STARSkate program and also volunteers as a Program Assistant for WTSC's beginner CanSkate groups.

Before joining the WTSC community, Kathrin and her family were based in York Region for a few years. There, she served on the Board of the Richmond Hill Figure Skating Club (RHFSC). From that experience, she learned just how crucial volunteers are for any non-profit skating club, especially at the Board level. In 2018, having relocated to West Toronto, Kathrin was recruited the WTSC Board in the role of Director at Large.

Professionally, Kathrin is the Founder & President at Verbaccino Inc., an international marketing consultancy, and the Producer & Host of The Worldly Marketer Podcast. She is also a co-founder and Leadership Team member at Women in Localization – Eastern Canada (WLEC), a non-profit, volunteer-run association with chapters around the globe. She holds degrees in Communications Studies and Linguistics from the University of Ottawa, and a Ph.D. in Linguistics from Humboldt Universität in Berlin.

Stephen Rotstein is the father of two daughters who are both passionate about skating, one figure skating and the other hockey, so he spends a lot of time at ice rinks. Stephen first joined the WTSC Board in 2018, when he took on the role of Vice President. For the 2019-2020 season, he is serving as Director at Large.

Professionally, Stephen is the Director, Global and Domestic Affairs at the Ontario Securities Commissions, where he is managing a team that works with the Government and other regulators across Canada and around the world to protect consumers and promote fair and efficient capital markets. Stephen previously served as Vice-President, Policy & Regulatory Affairs & General Counsel at FP Canada.

Stephen holds a law degree from Osgoode Hall and a B.A. in Political Science and History from the University of Western Ontario. He is a member of the Bar in Ontario and New York State and holds the Certified In-House Counsel - Canada certification (CIC.C) granted by the CCCA and the Rotman School of Management of the University of Toronto. 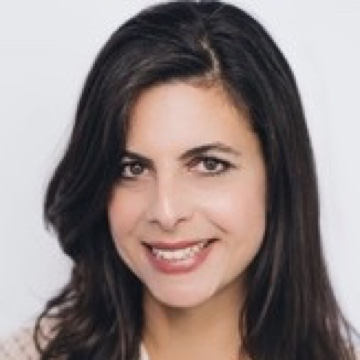 Susannah Rosenstock is the parent of a son and daughter in the STARSkate and Senior STARSkate programs, both of whom love skating and are actively involved in the Club as Program Assistants. Her daughter began skating at WTSC in 2011 in the CANSkate program. Susannah joined the Board of Directors in 2016, and served as Club Secretary through 2019. For the 2019-2020 season, she is serving as Director at Large.

Susannah has extensive volunteer experience, including serving on the Board of the Pia Bouman School of Dance. She is also a founding member and former Board member of the Toronto Biennial of Art, where she became the Deputy Director & Director of Exhibitions in early 2019, and helped to launch the inaugural Biennial in September 2019. Susannah has worked as an arts administrator in New York and Toronto for more than 20 years. She has a M.A. in Art History from the Institute of Fine Arts at New York University and a B.A. from Columbia College, Columbia University in New York.

Christine Janes joined the WTSC coaching staff in August 2019. As a nationally certified coach with over 20 years of experience, she brings with her an extensive knowledge of the sport of figure skating. Christine has coached athletes at the local, provincial and national levels, and has enjoyed helping each skater to achieve their goals. She holds her Canadian Gold Tests in Free Skate, Skills and Dance, as well as her Canadian Diamond Dance Test and U.S. Gold Dance Test.

Christine has also been involved in the sport as a parent, as her daughter was a competitive skater for many years before leaving to begin her university career at Western. This perspective has helped Christine to better understand what it is to be the parent of a young athlete.

A graduate of Dalhousie University in Halifax, where she grew up, Christine holds a Master’s in Education as well as B.A. and B.Ed. degrees, and she believes that these teaching degrees have complemented her coaching style throughout her career.

Christine looks forward to taking on a new role as WTSC Coaches’ Rep for the 2019-2020 season.